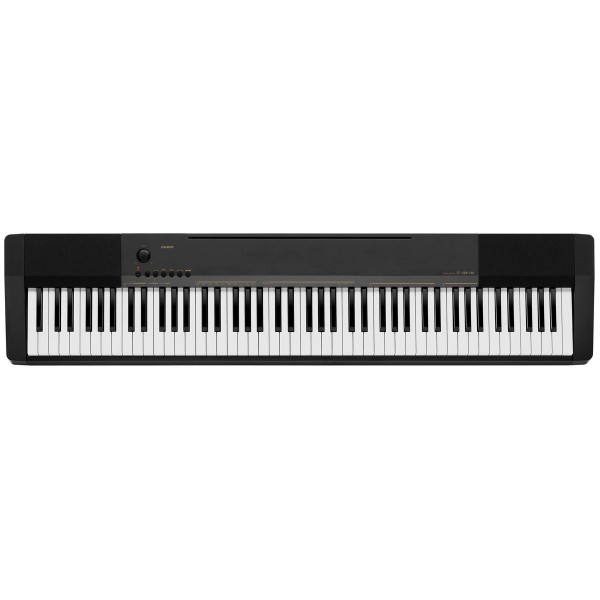 The CDP 130 is the ideal choice for any beginner keyboard player. Providing 10 tones, a metronome, excellent digital effects, and an improved speaker system. The CDP 130 has an impressive piano sound, all grander thanks to the integrated hall system.

The CDP 130 ensures a great start in piano playing with improved sound and better sounding instrument tones than ever before. 10 different tones to experiment with, you can choose from an elegant grand piano sound as well as electric piano and strings - plenty to experiment with depending on your mood. The piano also has a 48 note polyphony meaning you can combine these tones together to like having an orchestra at your fingertips.

There is also a built-in metronome with adjustable time signatures and tempo and effects like reverb and chorus bringing every note to life. Included are 5 demo songs to play along too and a transpose function to change the key your playing in. Built in is a 16w stereo speaker system producing a really rich tone meaning you don't need to purchase a second speaker system.

The Casio CDP 130 has a springless hammer system similar to the one used by grand pianos. The touch is naturally firm and the 88 fully weighted keys are graded, meaning the lower notes play relatively heavier and become lighter as you move up the keyboard.

Designed for compact living spaces the CDP 130 is exceptionally portable as well. Weighing under 11KG and a width of 1322mm makes the piano very easy to transport. The CDP 130 also has a music rest which slots into a grove at the top. There is an optional stand the CS 44 which turns the CDP 130 into a more conventional piano.

The CDP 130 has a very user-friendly design with quick access to editing menus and connection sockets that will not get in the way of your performances. Socket wise the CDP 130 has a stereo jack for headphone letting you practice without other people being able to hear what your playing. There is also a USB port allowing you to connect to your computer.